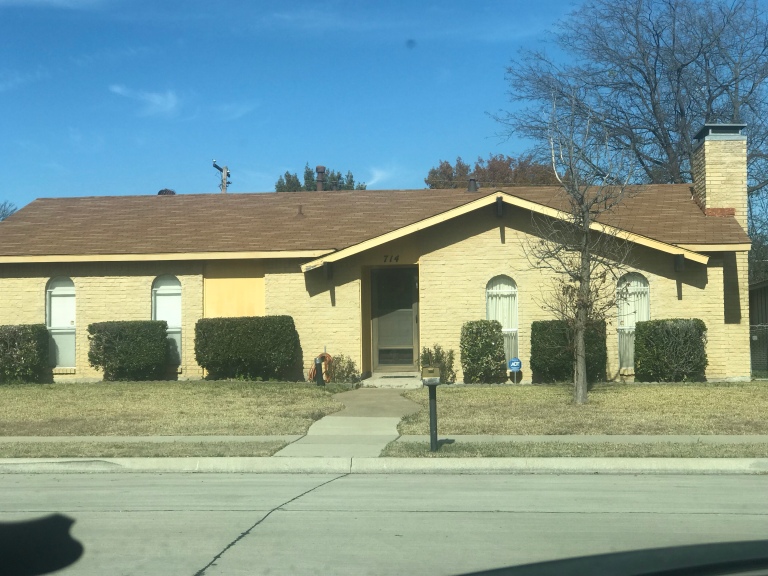 Just a few weeks ago, I went back to where I spent my teenage years. The house looks exactly the same. Nothing has changed – not even the occupants. My dad still lives inside – however, I haven’t seen him or talked to him since 1990.

It’s a strange feeling to travel back “home” and have no home to go to. It’s strange to tell people that you haven’t seen your dad in over 27 years. They automatically look at you with sympathy and tell you that you should “fix it” before it’s too late. But, sometimes, there is a lot of truth in the old adage “you can’t go home again.”

I parked out in front of the house and while I ate my lunch, I just sat in the memories of the years I spent in those rooms. I walked the rooms – felt that old nasty gold carpet under my feet – saw the pictures on the walls. I walked into that old bathroom covered in yellow velvet and silver wallpaper and looked at that girl in the mirror. What I wouldn’t give for a chance to give her some advice before it all went off the rails.

First of all, I would tell her to hang on. It’s going to get worse before it gets better. But, it will get better. Yes, they are going to hurt you – physically and emotionally – and, yes, it will take you years to heal. But, you will heal. Be mad, but, don’t let it make you too hard. But, don’t be too soft – that will open the door for more of their abuse.

I wish someone was there to tell me these things – but, that was then. And, as I sat outside this house that took so much of me, I realized something important. It didn’t hold me hostage any more. I waited for tears – for anger – but, this time, looking at what I knew was never a home – just a shell to hide our secrets – I felt…NOTHING!!!!

While we know that time does not heal all wounds, time, along with a lot of hard work, has healed many of my past hurts. The work is not over…but, it feels good to have made it so far.

This is a text widget. The Text Widget allows you to add text or HTML to your sidebar. You can use a text widget to display text, links, images, HTML, or a combination of these. Edit them in the Widget section of the Customizer.
Loading Comments...
%d bloggers like this: